An icon of international motorsport, and no stranger to success in Australia, will join the inaugural Southern Cross Rally Festival this coming October.

Festival organisers, Dan and Rosie White, today announced that the original Flying Finn, Rauno Aaltonen, has accepted their invitation to attend the celebrations in the role of International Ambassador for the event marking the fifty year anniversary of the inaugural Southern Cross Rally held back in October 1966. 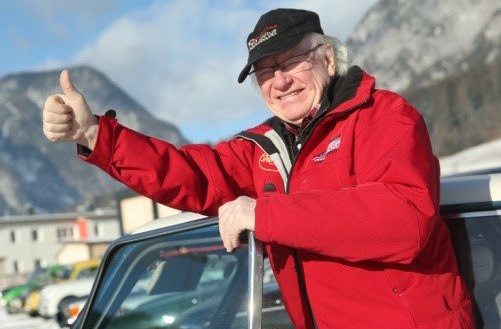 Aaltonen was a household name, initially synonymous with the mighty Mini Cooper S in the 1960s and on into the seventies. Best known for his outstanding success around the world in rallying, Aaltonen was equally capable on the race circuit which he demonstrated convincingly during his visit to Australia as a member of the BMC team in 1966 by winning the Gallaher 500 at Bathurst (on his first attempt!) with local driver Bob Holden in a Mini Cooper S. 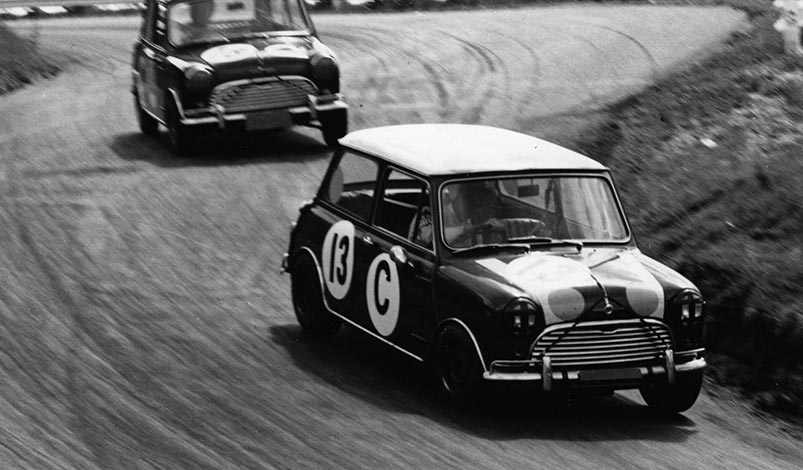 Just three days later the first Southern Cross Rally started from Sydney and Aaltonen was well placed among the leaders in the field during the first two nights until mechanical failure forced him to retire from that event. 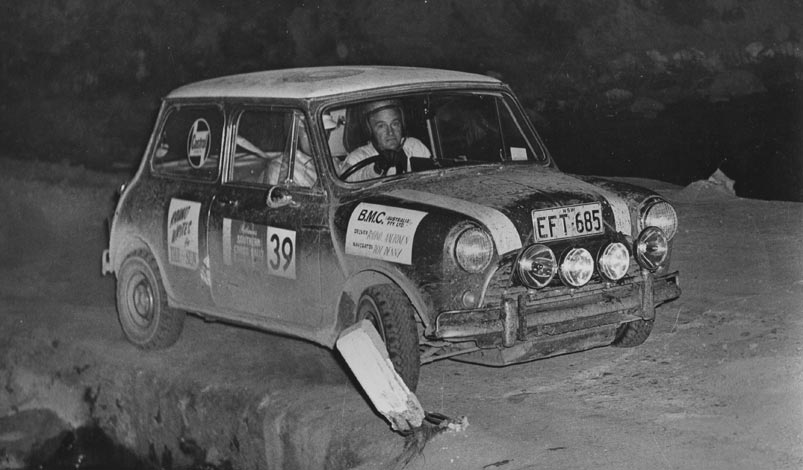 It would be another 11 years before the Rally Professor claimed victory in the Southern Cross Rally; success that was well-deserved in all seven events he contested but had proved elusive.  By that time Aaltonen was driving the Violet 710SSS for the Datsun Rally Team and shared his 1977 win with co-driver Jeff Beaumont. 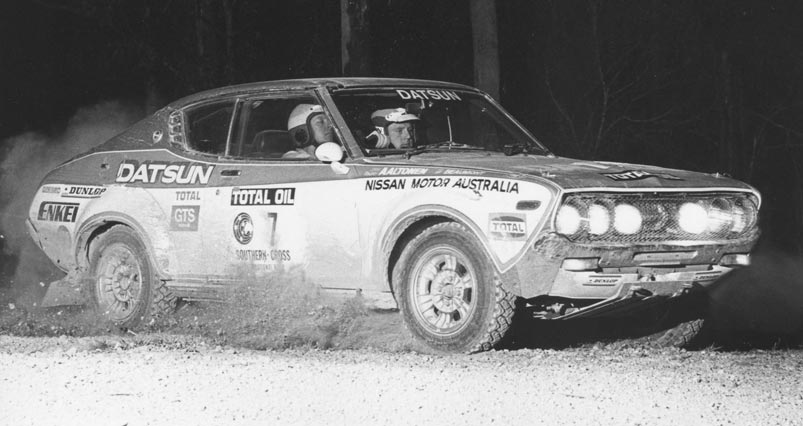 Rauno Aaltonen lives in Turku, Finland, and at 78 years ‘young’ still participates actively in many motoring related activities that include vehicle development consultancies and operating his ‘High Performance’ Ice Driving school along with son Tino, specialising in driver training and car control on the frozen ice that covers Finland’s 1000 lakes during the winter months.

Aaltonen looks back on a career as a complete motorsport champion, equally successful on two wheels and four – whether on snow, ice, dirt or tar top! He actually commenced racing in motorboats before taking up motor cycle racing and entered the world rally scene in the sixties.

Rauno is rated by many as the most talented rally driver of our time; unquestionably one of the very best drivers in motorsport.

Recently a motoring journalist quantified Aaltonen’s speed as ‘supernatural’ – an impressive judgement for any competition driver, let alone one who has clocked up some six decades of superior motoring experiences.

The festivities in October 2016, marking the fifty year milestone of the first Southern Cross Rally and Rauno’s visit as a competitor during that event in 1966, will be just one of countless occasions where motoring enthusiasts worldwide recognise and celebrate Rauno’s long and astoundingly successful career.

From 1972 through to 1977, the Director/Clerk of the Course of the Southern Cross International Rally was Dan White who, with his wife Rosie, designed the nine-day program of activities this coming October, with the 2016 Southern Cross Rally Festival. 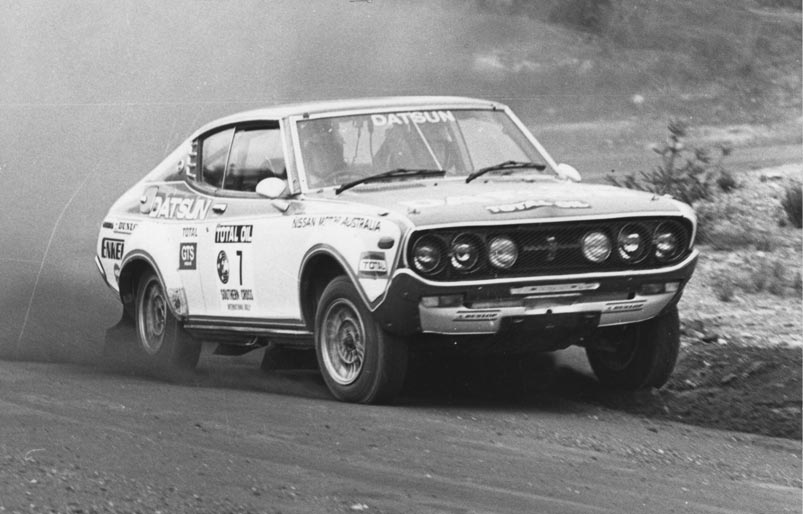 As with historic motoring events around the world, the Festival comprises a schedule of touring and social activities that run at a far less demanding pace than that of the actual competitions being commemorated and the challenges that were faced all those years past. Nonetheless what did take place in times long gone will provide some memorable stories!

Those who do take part in the Festival program will have the opportunity during that period of time to meet Rauno and benefit from his presence and expertise.

The festivities commence on Friday, October 21 with three days at Melbourne’s Motorclassica exhibition, featuring special guest appearances along with displays of rally memorabilia and historic competition vehicles, before heading to Healesville for the Official Start of the touring road event activities on Monday, October 24.

Though it may appear the Southern Cross Rally Festival is bringing a new way of enjoying motor sport to the masses, the various tests to assess the skills of the crew members are based on those that were used in rallies during the sixties and early seventies.

The Festival organisers are looking to open the world of motoring sport to a new generation of driving enthusiasts, whilst catering for the owners of historic rally cars and road cars… In an innovative departure from the norm, cars will be divided into categories, namely Tarmac Tourers and Dirt Fossils, and travel parallel courses at strategic points along the event.

The Dirt Fossils category will comprise cars in keeping with the spirit of the Southern Cross Rally heritage. These vehicles are restricted to two-wheel drive models of which the first vehicle of the series would have commenced production before January 01, 1981 and the route they travel will be a combination of sealed and unsealed roads.

Tarmac Tourers is open to vehicles registered for use on public roads within Australia and may be drawn from all eras of motoring. As the name implies, roads chosen for this category are sealed.

From Healesville the twin fields follow their respective afternoon Prologue drive to the first overnight stop and social dinner function at Marysville on Monday, October 24.

Once they depart Marysville, the crews have four days touring the well-remembered rally roads of old with overnight stops at Mt Beauty, Bethanga and Gundagai before arriving at Caves House, Jenolan for the final overnight stop on Friday, October 28.

Crews are scheduled to reach the overnight locations during late afternoon which should allow them plenty of time to socialise along the way.

The Festival Finale that includes the Awards Ceremony will be in the form of a three-hour dinner cruise of Sydney Harbour at twilight on board the MV “John Cadman II”.

Rauno Aaltonen, together with Event Directors, Dan & Rosie White, and the entire organising team will present a great evening in recognition of the achievements made by the crews and their cars made during the inaugural Southern Cross Rally Festival.

Following the wrap up of the Southern Cross Rally Festival celebrations, it is anticipated many will head for a day out at the Muscle Car Masters at Sydney’s Motorsport Park on Sunday, October 30, 2016. This meet will feature Rauno Aaltonen teaming with Bob Holden during a special tribute of their convincing win and the parade of Minis that took the first nine places in the Gallaher 500 at Bathurst in October 1966.